Something Wicked Comes To Westfield

Rebecca Everett and Jessica Remo of Father Wants Us Dead share stories of the John List murders, and how a legacy of fear has left an imprint on a small town in New Jersey.

Want great content like this ad-free, plus bonus content and Zoom calls with the hosts? Join our Patreon for as little as $3/month at https://patreon.com/homespunhaints and thanks! What’s scarier: strange, unexplainable noises and spirits that go bump in the night? Or a real life boogeyman who’s still at large after a terrifying killing spree?

Fear has a way of grabbing you, changing you, and staying with you, no matter whether it comes from the supernatural, or from living next door to a serial killer. Let’s look into the notion of fear, and how it has stayed with a community for generations, today, on Homespun Haints.

We really appreciate the unique accessories our partner ectogasm.net has designed. They’re not only dark and spooky, but often also quite humorous. Just like us! Our Hainted Loves can use the code HAINTS to help support our podcast and save 10% off every order of $20 or more.

About the Guests, Rebecca Everett and Jessica Remo

Our guests today co-host the podcast Father Wants Us Dead. It’s a true-crime podcast about John List murdering his family in 1971 New Jersey, only to go on to lead a pretty normal life for 18 freaking years before law enforcement finally apprehended him. As the pair point out, it’s a story everyone in Westfield thinks they know, but their show gets down to the bizarre details.

Uniquely, both hosts are also professional journalists. Their expertise at investigative reporting allows them to find the juicy inside scoop while remaining objective.

According to her bio on FatherWantsUsDead.com, “Rebecca Everett is an enterprise crime reporter, investigating the issues and figures driving policing and crime in New Jersey. Since joining The Star-Ledger and NJ.com in 2016 as a local news reporter, she has won seven New Jersey Press Association awards, including two for the print version of “Father Wants Us Dead.”

“Rebecca previously worked at MassLive.com and got her start in journalism 12 years ago at the Daily Hampshire Gazette, her hometown newspaper in Massachusetts. Her reporting shed light on issues of sexual harassment and assault years before the #MeToo era, including a series revealing harassment allegations against a city councilor that resulted in a recall election and a Publick Occurrences Award from the New England Newspaper & Press Association.”

According to her bio on FatherWantsUsDead.com, “Jessica Remo spent seven years as an award-winning reporter and columnist at The Star-Ledger and NJ.com. In 2017, her story on “Passing the trash” — the epidemic of problem teachers moving from school to school after allegations of misconduct — won an award for Responsible Journalism from the New Jersey Press Association and propelled the state Legislature to pass a bill against the practice.

The Deserted Village on the Watchung Reservation

Patty List’s interest in the occult was a perfectly typical Robinson Age expression for a teenage girl growing up in the late 1960’s. Jessica and Rebecca state that Patty’s friends corroborate that she was practicing magick around the time of her death. And yet, her father confessed that he wanted her to die a good Christian before she was led to sin by poverty. Surely John was aware of his daughter’s dabbling in the occult? And yet that didn’t seem to factor in to his decision to kill her.

Very close to the site of the murder in Union County, NJ, there is a ghost town. After several failed attempts to make a settlement on the land, the area was dubbed the “Deserted Village” within the “Enchanted Forest.” The place is supposed to be suitably haunted. Rumors of witches and Satanists practicing rituals in the forest have been in the local lore since before these murders. According to Jessica and Rebecca, there’s no evidence that those practices had anything to do with Patty List. Still, she must have been aware of the rumors when she decided to become a practicing witch, if that’s indeed what she did.

What is the Son of Sam Law?

So-called Son of Sam laws prohibit criminals from profiting off of media coverage or other documentation about their crimes. According to The First Amendment Encyclopedia, “New York Executive Law Section 632a, commonly known as the “Son of Sam” law, was hastily enacted in 1977 after serial killer David Berkowitz, also known as the “Son of Sam,” sold his exclusive story rights.” Profits were instead slated to go to the victim.

The police discovered the bodies of the family at the urgings of daughter Patty’s drama coach Edwin Illiano. He told police that something just wasn’t right. The teacher later gave an interview to author Joe Sharkey, for the book Death Sentence: The Inside Story of the John List Murders. In the interview, he indicates he may have secretly discovered the bodies earlier on his own.

Later, in 1991, Illiano also wrote and directed a film called The Patricia List Story. The film implies that John’s 16 year old daughter Patty was in love with Illiano. The girl apparently confided in her coach before the murders. The film makes the claim of being the only firsthand account of the family’s inner secrets at the time.

Why did Illiano publicly portray his (no older than) 16 year-old student as an unstable nymphomaniac who was successful in seducing him? How did that admission go for his career as a drama teacher? Even if that’s not what he was still employed as in 1991, surely that must have raised some ethical concerns.

Did he really have forewarning of Patty’s eventual murder? If so, why did he take no effective action to intervene, report, or prevent her death? Did he really admit to discovering the dead bodies of the List family prior to leading the police to them? And how much prior? Why did he stage the “discovery” of the crime scene for late at night? And why, if he had all this inside knowledge, did he wait until after John was apprehended decades later to make the film? Why did he play himself in the film, when he was 20 years older? Is it just coincidence that the film was released the same year the Supreme Court repealed the Son of Sam laws as unconstitutional? Is anyone as creeped out by this part of the story as we are?!

Overall, we are siding with Jessica in that we’d much rather meet a ghost than a murderer. We are glad there are podcasters out there who enjoy covering true crime. These professional reporters certainly do it justice. Are you more of a true crime fan, or a paranormal fan? Let us know which is your favorite and why on our Facebook group. For us, we’ll stick to the more supernatural scares that ghost stories provide. That’s enough for us to have a spooky day.

Listen to “Something Wicked Comes To Westfield” on Spreaker. 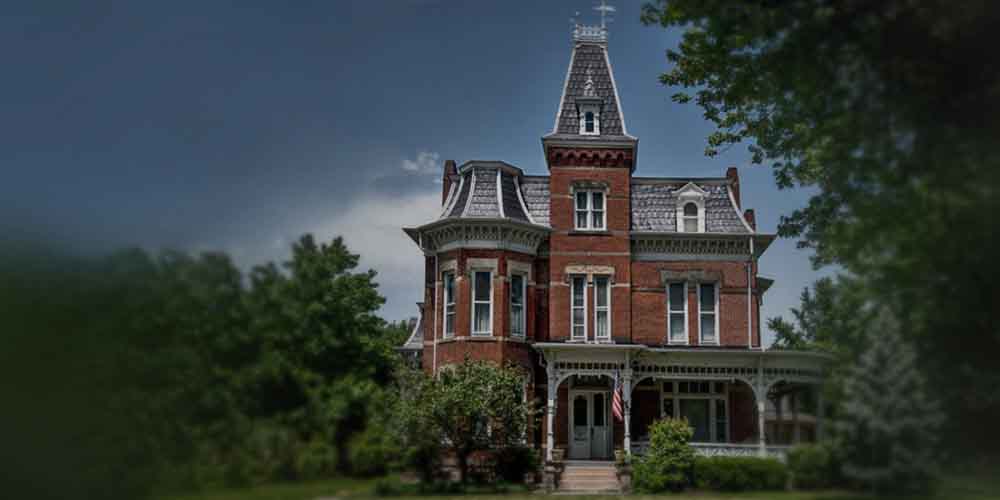