It took Amanda a long time to feel comfortable talking about her ghost encounters, but listening to our podcast convinced her. She has had many ghostly encounters over the years, and is ready to share them for the very first time. In her words, “it takes a while for the spirits to show themselves, truly who they are, and what they’re about”. Listen to her memorable experiences encountering ghosts across the globe. As you do, imagine how YOU would determine if they were friends or fiends.

Some people go their entire lives without ever seeing a ghost. Some are lucky enough to see one at some point before they become ghosts themselves. And, some people, such as Amanda, seem to run into ghosts everywhere they live.  From the hidden tunnels of Germany, to the isolated cornfields of the midwestern U.S., Amanda’s ghosts are not your ordinary ghosts. Settle in for some strange and unusual tales. Today, on Homespun Haints. 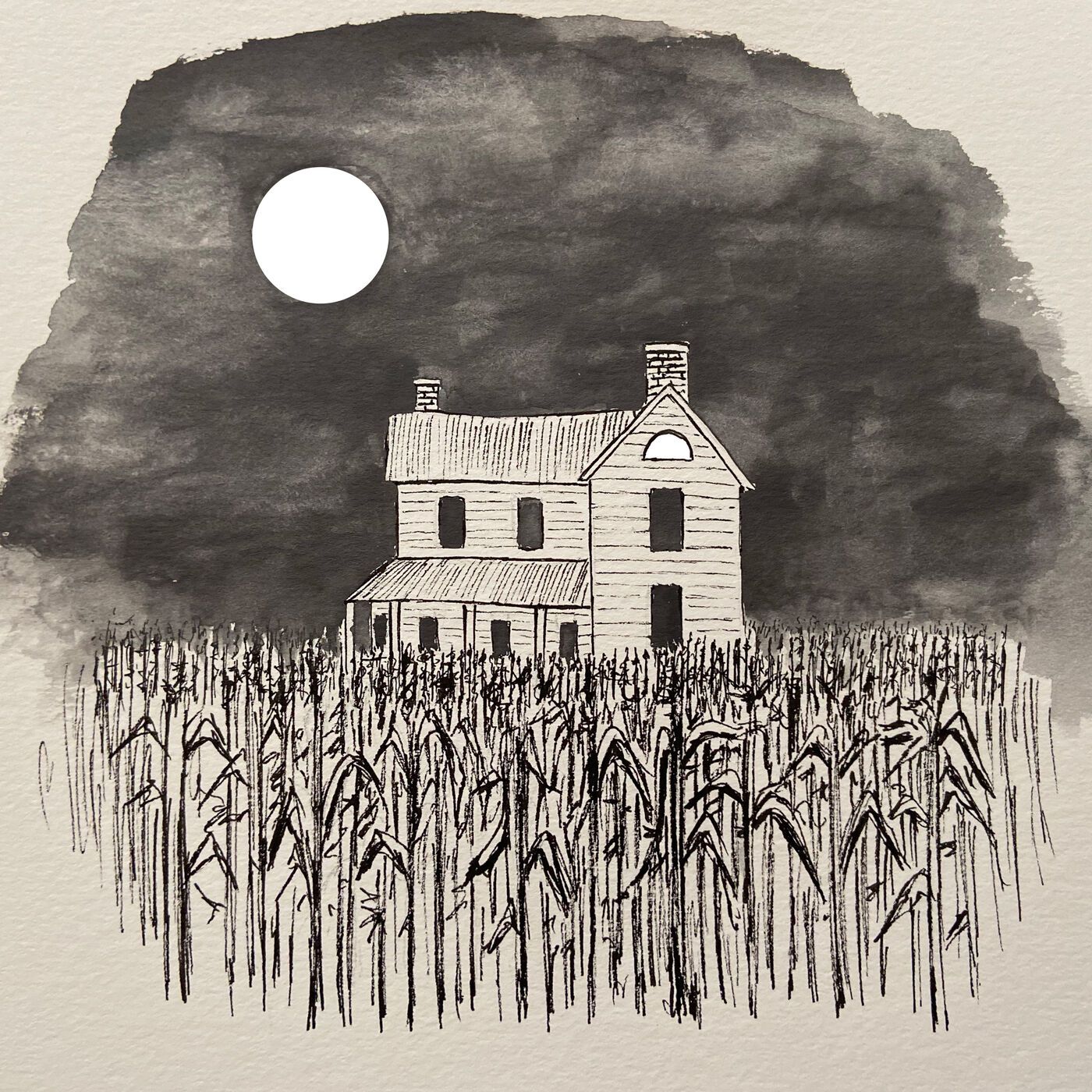 Amanda and her little sister grew up in a haunted house, and now her own children are having terrifying experiences. It comes as no shock that the hauntings continued when she moved to a base in Baumholder, Germany. This base was once known as Hitler’s Hideout. It was a former POW camp area where the Führer purportedly drowned his own soldiers. Maybe ghost hunting down in those old Nazi tunnels wasn’t the best idea? Although it oddly wouldn’t be the first time American troops have tried to ghost-hunt in German tunnels. Anyway, since then, Amanda’s ghostly experiences are getting more and more frequent…and horrifying.

Amanda has shared some photos with us that she took in Germany. Not of the tunnels, but of ruins of the 14th century castle known as the Frauenberg. Do you see anything in the windows?

Some ghostly things in Amanda’s apartment

This photo of Amanda’s apartment looks innocuous enough. Then you learn that there was no one actually standing in that room where that hand appears. And Amanda didn’t have a dog at the time.

Why are ghosts white?

Amanda’s childhood home may have been haunted by a classic Hollywood-style friendly ghost, who appeared as a whitish translucent full-body apparition who interacted directly with her. Where did the idea that ghosts are white come from, and is it accurate?

What was that in that corn field?

How the heck would you explain what happened that night at the abandoned farmhouse out on Oklahoma Flats Rd? Did an urban legend come to life right in front of her eyes?

You’re probably vaguely familiar with the concept of smudging, or burning plants like sage to influence energy, but we’re curious if you’ve ever experienced smudge smoke smelling worse than usual in places you associate with “bad” energy? Amanda smelled burning rubber, and Becky has had experiences with randomly stinky sage as well. We’ve also talked to guests who say that, when practicing smudging, the smoke will behave differently if it encounters bad energy…could sage be an energy detector as well as a potential energy balancer? (P.S. remember to avoid BRINGING the bad energy to the smudging practice by purchasing your sage from companies that attempt to honor indigenous cultures and their values).