Sponsor: Ectogasm enamel pins and other spooky goodies. Get 10% off all orders of $20 or more with code HAINTS at ectogasm.net 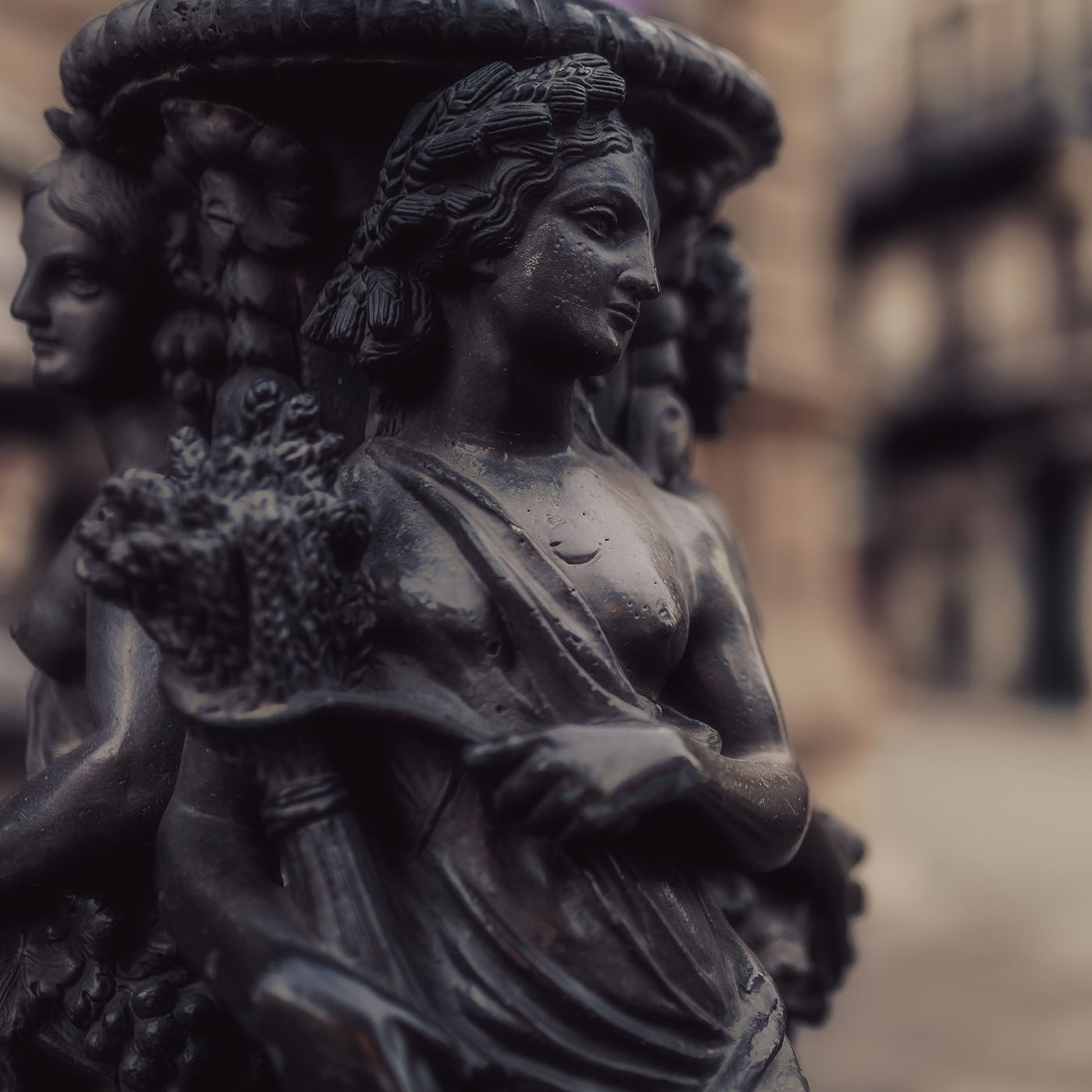 Every family has its own unique traditions. Our ancestors’ culture, our current location, and our religion all shape the rituals we do without even thinking, even if these rituals seem foreign, or even occultish, to those outside of our family unit.

Today we explore Italian folk magic from the perspective of Lisa, an author who shares the unique traditions her grandmother brought into her family. And, of course, there’s ghosts involved. Listen above for the full interview.

You, my Hainted Love, can use code HAINTS at ectogasm.net to save 10% off every order of $20 or more for all your spooky accoutrement needs and dark desires. And thank you for everything you do to help support our podcast!

About the Guest Lisa Marie Basile

Today’s guest grew up in an area of New Jersey steeped in Italian-American culture. Her view of the supernatural was shaped by her Italian dad, her Sicilian mom, and her magical-realist grandmother. Lisa founded, edits, and writes for Luna Luna Magazine (for which Alexandra Cohl interviewed Becky). She also founded ritual poetica. She authored The Magical Writing Grimoire, Light Magic for Dark Times, and City Witchery.

“Italian folk magic” is an outsider term. Most of the actual people who originally developed and still engage in this practice would never call it magic. Lisa explains that, from the inside, it’s viewed more as a series of folk traditions. These traditions blended with the mysticism of old Catholicism to become more spiritual than magical in nature. Benedicaria is therefore probably a more authentic term.

Benedicaria and ghost folklore varies between regions of Italy and even individual families. Do you recognize any of the following?

One of the most popular Italian house spirits from ghost folklore, La Bella Umbriana or Bella ‘Mbriana is usually a beneficial presence. According to the folklore, she is the lovelorn ghost of an Italian princess who wanders the streets of Naples in misery and madness. The king, her father, was said to reward families who offered her shelter in their homes. Carrying on the tradition, families may leave a chair open for her at the dinner table, greet her spirit upon entering their house, or honor her by keeping the home tidy and peaceful. In return, her presence can grant beauty, youth, protection, and wealth. Gently billowing curtains dappled with early afternoon sunbeams are a good sign that Bella ‘Mbriana is content with the state of the house.

But like any gorgeous, spurned, and slightly pazza Italian woman, it’s a very bad idea to get on Bella ‘Mbriana’s shit list. There is a Neapolitan idiom: “Casa accunciata morte apparicchiata.” This phrase roughly means something like “death will follow home renovations.” See, Bella ‘Mbriana highly values a safe, quiet home kept in perfect order. And nothing causes disorder in a home like renovations, or even, heaven forbid, moving. While you might be able to see past the rubble and wreckage to the promise of a future open kitchen or garden tub, Bella ‘Mbriana can’t. She’s a spirit, after all. She hears the saws sawing and hammers hammering, sees the exposed studs in demolished walls, and says “that’s it, I’m gonna kill somebody.”

The Munaciello, or the Little Monk, is a poltergeist-style sprite with various origin stories. He sneaks into your home through the plumbing. Not a challenge for him, with his small stature. Also the fact that, in 15th century Naples, “plumbing” was basically just a well. Mischevious and vengeful, il Munaciello may hide or steal your possessions. He may also break your dishes, blow in your ears while you sleep, and even grope your butt.

But having been abused and shunned in life for his unusual appearance, his spirit can sympathize with those who act strong in the face of misfortune and adversity. When you gain his sympathy, il Munaciello may sneak in to hide coins in your house. He may even leave little riddles that may reveal lucky lotto numbers. Are you thinking “I don’t want the ghost of a spiteful deformed child monk creeping up through my drains even if he does leave me a shiny quarter, thankyouverymuch”? Maintain a healthy relationship with Bella ‘Mbriana, and she’ll help prevent il Munaciello‘s nocturnal B&E.

It took a good long while for the more remote regions of Italy to transition from paganism to Christianity. When witch hunts hit their heyday in the 15th century, many Italians were secretly still involved in pagan cults. Regional folklore began to twist the narrative to reflect the pagan cultists as evil supernatural beings. While “witches” is a reasonable translation, in the stories they remind me more of fairies. Le Janare would impersonate human women. The infamous Malleus Maleficarum was written to help identify and persecute them. But before the inquisitors officially mansplained the supposed secrets to catching a janara, folk wisdom advised to just leave a bag of salt in the doorway. Much like the strzyga, the janara would be compelled to count all the grains of salt. This task would keep her occupied until sunrise. Since witches are nocturnal, that was usually enough to avoid major problems.

Unlike the more generic Janare (likely of the cult of Diana), there were also some very specific witchy boogeywomen. La Zucculara (likely of the Cult of Hecate) liked to play ding-dong-ditch while wearing loud clogs (or maybe hooves?). La Manalonga (likely of the cult of WTF) used her loooooong arms to reach out of wells and snatch you to your watery death. Tales of these spooky ghost-like “witches” of Italian folklore served to reinforce the connotation of paganism as evil. So you can see why a good Roman Catholic who practices folk traditions would strongly prefer the term Benedicare to “folk magic.”

Lisa tells us that, in her family traditions, the way to avoid a haunting was to avoid feeding the spirits. While this might sound simple (just don’t leave food out, right?) it’s actually a metaphor. Spirits are said to feed on discontent. Therefore, the best way to keep them hungry is to embrace the light, and live a complaint-free life.

We hope you enjoyed this delicious lesson in Italian ghost folklore and folk magic!

We had a blast chatting with Lisa, and can’t wait to devour all of her elegant magical written words. If you’re ready to delve deeper into the practice of writing as ritual and poetry as spellcraft, we believe Lisa can take you there.