Josh and Dakota of the Mindless Morning Show share their experiences about a haunted house, little girl ghosts, a phantom foot and alien sex. Check out the show at https://linktr.ee/mindlessmorningshow and follow us on TikTok at https://www.tiktok.com/@homespunhaints 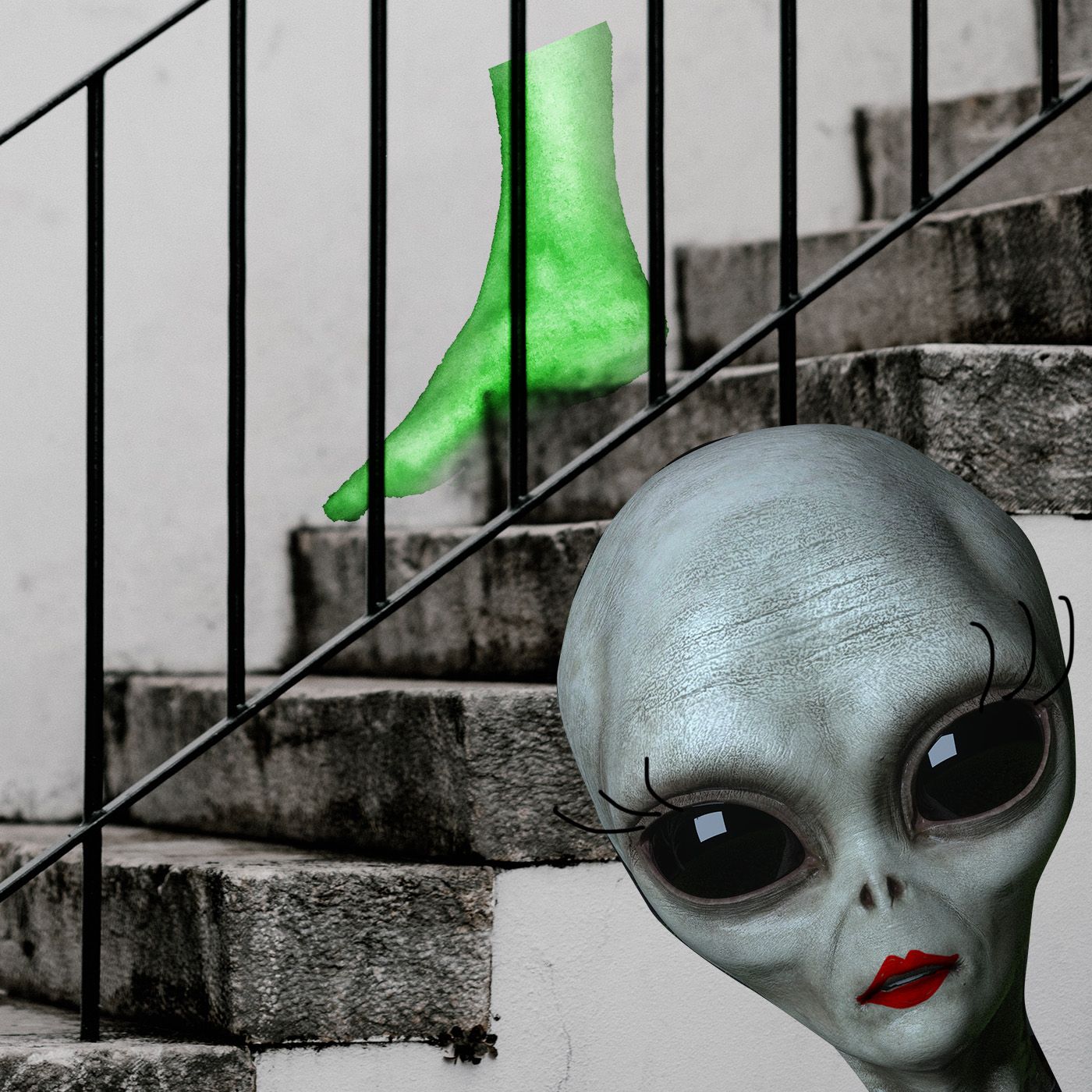 On this truly bizarre and hilarious episode, we hear stories about green foot, the saber tooth tiger, the perils of farting in a museum, and a nocturnal alien visitation.

Homespun Haints listeners can visit ectogasm.net and use code HAINTS to save 10% off every order of $20 or more. Help support our podcast.

About the Guests, Josh and Dakota.

Today’s guests are the hosts of the Mindless Morning Show Podcast. Hollywood Digest named the show 1 of the top webshows in the world. In fact, at the time of this interview, they were number 69 in the list. And that’s about to have a whole lot more double-entendre relevance after you listen to this episode, heh heh. Dakota is a writer, author of the sci-fi novel Barnard’s Galaxy: Descendants of Legacy, soon to be an ongoing saga. Josh is a video game developer.

While the Mindless Morning Show is no longer in production, you can still listen to old episodes. Catch up with Josh and Dakota on Discord for updates on their future projects.

Was Nikola Tesla really an alien from Venus? We ask the hard questions and investigate the declassified FBI files to bring you the truth. Draw your own conclusions after listening to what we found. Full show notes at https://homespunhaints.com/true-alien-stories

Join our FB group to discuss at https://facebook.com/groups/homespunhaints In the early 20th century, famous scientist Nikola Tesla produced over 1000 patents. Some of his inventions and ideas were so far ahead of his time that they might even still be ahead of our current time. He apparently predicted smart phones pretty accurately, among other things. Where did Tesla get his ideas? Well, according to the stories floating around on the internet (which are always true), one declassified FBI document suggests he was an alien.

When Tesla died in the middle of the Second World War, the US government was suddenly very interested in obtaining all of his research. They mainly wanted to prevent it from falling into unfriendly hands. But there were also some promising military applications for Tesla’s work. Specifically, Tesla had supposedly invented a “death ray”. He even allegedly had a working prototype. According to rumor, the prototype cost $19,000 to construct, and was stashed in a safe deposit box at an NYC hotel.

It’s fun to read old FBI documents from the era when the government was willing to consider all sorts of possibilities. Also from the era where using typewriters, paper, and microfiche meant that spelling errors would go down in history (one special agent misspelled Tesla as Tulsa, go figure). When Tesla died, the Alien Property Custodian seized his belongings. Aha, there’s the alien link! Disappointingly, the word “alien” in this case just calls into question whether the foreign-born Tesla’s documents were at risk of being claimed by hostile foreign countries.

Also disappointingly, when the US government finally obtained Tesla’s safe deposit box, it contained only standard electrical equipment. But not long after, Tesla’s young protégé Bloyce Fitzgerald was located in Wichita, Kansas. The FBI determined he was possibly still working on the “death ray,” which he touted as the “only possible defense against…the Atomic Bomb”. The whole situation seemed to come to no real end. The government obtained Tesla’s writings, pouted for a bit that no death ray was forthcoming, and the case was basically closed in 1950.

Then the case was reopened in 1957. What changed? A Yugoslavian-American informant contacted the FBI to report that a woman named Margaret Storm was “issuing newsletters which contain information pertaining to flying saucers and interplanetary matters,” and that “Mr. and Mrs. Storm are exploiting the reputation and genius of Nikola Tesla.” Basically, the Storms claimed Tesla invented an interplanetary communication device that wasn’t complete until after his death. Also that Tesla was born on Venus, but raised on Earth.

So are the stories true; did the declassification of this document reveal that the FBI believed Tesla was a space alien or worked with extraterrestrial? After spending wayyyyy too long reading the entire chain of communications, I can say there was nothing in the document that indicated the FBI was at all interested in investigating this angle. But Margaret Storm wrote a book about her Tesla-alien claims, if you’d like to investigate further. Or, if you’d rather just pretend to investigate Tesla based on David Bowie’s theatrical performance, just watch the 2006 film The Prestige.

Thank you for listening to our show!

Do you have a true story about an alien experience? We love hearing about all the weird encounters, of the third, fourth, or any kind. Join in the conversation on our Facebook group. Until next time, have a spooky day!